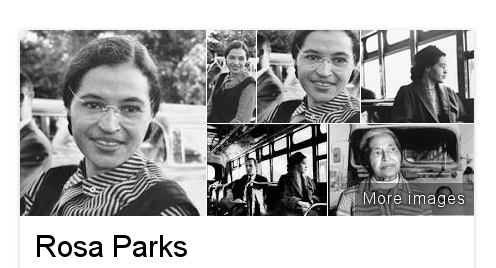 These are actual tiny child handcuffs used by the US government to restrain captured Native American children and drag them away from their families to send them to boarding schools where their identities, cultures and their rights to speak their Native languages were forcefully stripped away from them. (Photo: US government)

After a snowy opening day, the sun broke through the clouds and hundreds more Rebels and media outlets packed the tent for day two of the We the People Convention in downtown Manchester.

Just before dawn on May 13, 1862, Robert Smalls and a crew composed of fellow slaves, in the absence of the white captain and his two mates, slipped a cotton steamer off the dock, picked up family members at a rendezvous point, then slowly navigated their way through the harbor. Smalls, doubling as the captain, even donning the captain’s wide-brimmed straw hat to help to hide his face, responded with the proper coded signals at two Confederate checkpoints, including at Fort Sumter itself, and other defense positions. Cleared, Smalls sailed into the open seas. Once outside of Confederate waters, he had his crew raise a white flag and surrendered his ship to the blockading Union fleet.

In fewer than four hours, Robert Smalls had done something unimaginable: In the midst of the Civil War, this black male slave had commandeered a heavily armed Confederate ship and delivered its 17 black passengers (nine men, five women and three children) from slavery to freedom. 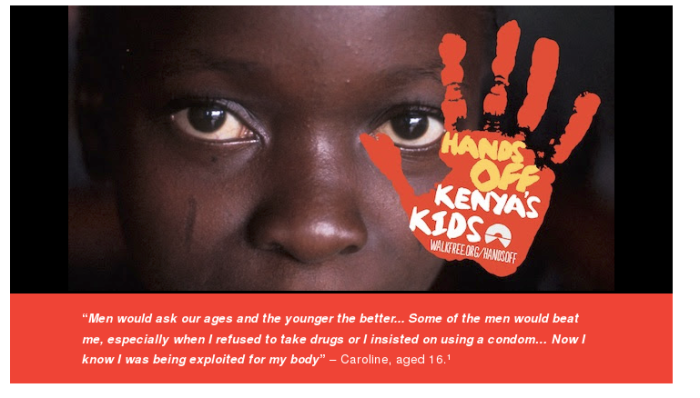 Many countries and NGOs from the Eastern and Southern Africa Region have since committed themselves to the adoption of the Agenda for Action. As a follow up to the first World Congress, a second World Congress is being convened in Yokohama, Japan in December 2001. The second World Congress will review the progress made by the international community towards the elimination of the problem of commercial sexual exploitation of children.

This Situational Analysis (SitAn), prepared in partnership between UNICEF and ANNPCAN, seeks to review progress made in the East and Southern Africa Region in curbing the problem, in preparation for the Yokohama Congress on the Commercial Sexual Exploitation of Children.

This SitAn presents the state of sexual exploitation of children in the East and Southern African Region and measures taken to stop it. The objectives of the Situational Analysis are:

2.   Examine all issues related to the sexual exploitation of children and HIV/AIDS.

3.   To highlight regional priorities and initiatives in curbing the practice and make recommendations.

The report is based on both primary and secondary data. The secondary data was collected through an extensive review of current literature based on studies, surveys, reports and assessments on the issue of sexual exploitation of children, in general, in the region since 1996.  In particular, an examination and analysis of program and policy documents, as well as those covering the general aspects of sexual exploitation of children, has been done. An extensive search was made of materials on the subject area through the Internet. Some information has also been obtained through interviews with key informants, with NGO officials, government officials and other stakeholders.

(b) Commitment and Status of National Plans: In this region there is widespread commitment, in principle, to child welfare and protection. This is exemplified by the signing of the Convention on the Rights of the Child and public pronouncements of a commitment to the Stockholm Agenda for Action.

(c) Policies and Programs: It appears from the literature that the Stockholm Congress did encourage increased interest in the fight against commercial sexual exploitation of children in the region. Since 1996, many policies, programs and activities have been put in place in the areas of protection, prevention, recovery and reintegration within the region. The NGOs, however, seem to be taking the leading role in this area. In most countries the role of government seems to be minimal and only restricted to legislation, a role that most governments are yet to handle effectively.

Protection: Although there are efforts to improve legislation to protect children against CSEC in most countries in the region, it is evident that many laws are still outdated, flawed, ineffective or difficult to implement. Most lack specific provisions for CSEC. However, some countries have recognized the weaknesses in their laws and as a result, efforts are being made to improve them. Even for those countries where adequate laws are in place, such as South Africa, Mauritius and the Seychelles, successful protection is not possible because law enforcement remains a problem.

Prevention: Prevention of CSEC in the Eastern and Southern African Region has mainly been in the form of awareness creation. With the exception of a few, most countries have carried out awareness raising and information campaigns, although most of the work has been carried out by NGOs. However, further work needs to be done towards prevention of CSEC in the region because other aspects of prevention, such as access to education, family education and development assistance, and the promotion of behavioral change in the exploiters have not been given adequate attention in some countries.

Recovery and reintegration: With reference to recovery, rehabilitation and integration, there are inadequate services available to children who have been sexually exploited and abused. Except for a few countries, including Kenya, Mauritius, South Africa and the Seychelles, which have good examples of recovery and reintegration initiatives, others are doing poorly in this aspect. These countries are yet to address such issues as counseling, training of those working with victims, prevention of social stigmatization, provision of alternative sources of livelihoods to victims and reintegration of victims into their communities and families.

Successes: Success is evident in those countries that have developed national plans, such as South Africa and Mauritius, where a systematic approach in tackling the problem of CSEC is emerging. In other countries in the region, there are piecemeal actions. The greatest success throughout the region has been increased awareness of CSEC, which has resulted in more NGOs and community-based associations being involved in the campaign to tackle CSEC and increased reporting of cases of CSEC by both children and the public.

Constraints: The main difficulty encountered throughout the region is a lack of capacity. Lack of human and financial resources impedes the tackling of CSEC. This problem is pervasive within relevant government ministries and the NGO sector. The problem of lack of trained personnel to work in the area of CSEC has been identified in having an effect on integration and rehabilitation services. This has hampered counseling and support services to victims. There is also an apparent lack of adequate data and information on which effective interventions in the region can be based.

Conclusion: This report concludes that in order to overcome obstacles to the implementation of the Stockholm Agenda for Action on CSEC, greater coordination is required amongst and between non-governmental organizations and government agencies. The most fundamental change will have to come from governments, who need to develop political will and serve as the catalysts for change by taking the commitments made under the Stockholm Agenda more seriously. A holistic approach is needed to the fight against all forms of sexual abuse with full participation of communities and children, taking into account cultural settings and contexts.

Recommendations: This report recommends that urgent measures need to be taken in the field of law enforcement, education and recovery, rehabilitation and integration of victims. Proper legislation needs to be established and enforced. Law enforcement officials also require education on how to clamp down on the culture of impunity surrounding CSEC. More initiatives are also needed to reduce the number of children getting into the sex trade by giving them alternative methods of subsistence. Training on recovery, rehabilitation and reintegration is clearly required in the region. This will equip personnel with skills and knowledge on how to carry out this work. More specifically the following is recommended:

·      There is a need to broadly interpret the ‘in-kind’ elements of commercial sexual exploitation taking into account various cultural contexts.

·      All initiatives with children, families and communities need to be culturally sensitive and appropriate. Programs must build on positive cultural and traditional practices.

·      Protection, prevention and rehabilitation must be seen as part of the community’s responsibility and also stress child participation.

·      There is a need to develop alternative means of livelihoods for victims and their families.

·      Research and information gathering must be improved.

·      There is a need to expand training, build capacity and expertise nationally and regionally.

·      Awareness at the grassroots levels should be intensified.

·      Improve on legislation and enforcement of the law pertaining to sexual exploitation of children.